Two Bernie Sanders’ candidates are in the runoff for Congress in Texas CD23 and CD7. Only one has raised money. 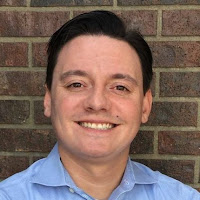 Rick Trevino is running for Congress in CD23. The seat is held by Will Hurd who has $1.8 Million in his campaign account. Rick has raised $24,000 with $4,000 Cash on Hand (COH) for a race that will require, at the very least, $2 million to be competitive. You have to thank Rick for running because it is a very difficult endeavor. If it was easy, everyone would be running. It isn’t. A candidate, especially one running for Congress, will spend countless hours on the phone asking for money. After raising money a candidate must hire staff to handle their field operations, media appearances, logistics, literature, and volunteer coordination including paying a hefty price for pizza. If a candidate cannot raise enough  money,  in relation to the office they are running for, they can’t buy pizza or anything else required to get your message out to the voters. Trevino faces Gina Ortiz Jones in the May 22 runoff. Jones has raised over $1 Million with $321,000 COH. 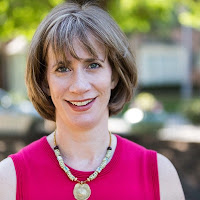 Laura Moser. On the other hand, Moser is another Bernie Sanders candidate but unlike many she has the ability to raise money. She has raised over $1 Million for the primary and has about $92,000 COH. Unlike many candidates endorsed by Bernie Sanders, Laura at least understands that until we change the laws regarding campaign finance a candidate must raise money, sometimes a lot of it, to run a successful campaign. Moser faces Lizzie Fletcher in the May 22 runoff. Fletcher has raised $1.3 Million with $391,000 COH.

Money itself does not mean strength in a candidate but little or no money is an indication of a candidate’s lack of understanding of the political reality running a campaign. As I have said in the past:

Sanders did a disservice to young people who wanted to become politically active after the 2016 election. Encouraging someone to run for office is easy. All you need is a few bucks and the time to put your name on the ballot. Unfortunately it is much harder to actually run for office, especially if you do not know what to do, you have no experience in doing it, and you have no ability or urge to raise the money to do it.

This entry was posted on Monday, April 23rd, 2018 at 11:30 am and is filed under Uncategorized. You can follow any responses to this entry through the RSS 2.0 feed. You can leave a response, or trackback from your own site.