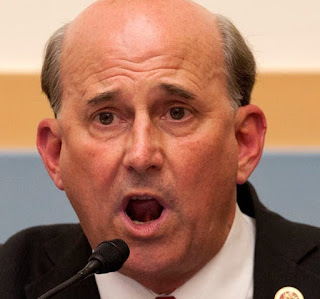 It’s karma. It’s deserving. It’s almost funny, if it wasn’t so serious. From the Houston Chronicle:

Gohmert, who spends ample time on the U.S. House floor without a mask, was one of several Texas officials scheduled to fly to West Texas this afternoon with President Donald Trump, Politico reported. He reportedly tested positive for COVID-19 during a pre-screen at the White House.

Gohmert is a bad Aggie Joke. He graduated from Texas A&M in 1975, was in the Corps of Cadets, and a Brigade Commander. He was able to win his seat in congress after Tom Delay and the Republican Party re-redistricted the state providing a safe, solid republican district, one he would never have to seriously defend. His constituents in return got Louie, the Aggie Joke. He has accomplished about as much Bernie Sanders, passing only 1 bill in 16 years,

He along with Congressman Gym Jordon is the Beavis and Butthead of Congress. He is a clown and acts like one during hearings. He is like Trump using racists language like “Terror babies”. He makes unsubstantiated claims about immigrants and other subjects. He routinely refuses interviews except to be on Fox News. He is the boot licker of the House for Donald Trump.

Gohmert is a racist joke. He represents his district well.

This entry was posted on Thursday, July 30th, 2020 at 11:42 am and is filed under Uncategorized. You can follow any responses to this entry through the RSS 2.0 feed. You can leave a response, or trackback from your own site.