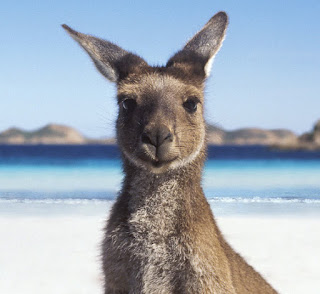 It’s time to put an end to the kangaroo courts. you have till Monday at midnight to submit comments on the subject. From the Consumer Financial Protection Bureau:

The Consumer Financial Protection Bureau last year issued a detailed report on arbitration clauses, and it has proposed a rule covering many financial products and services — including bank accounts — that would bar arbitration requirements that preclude consumers from joining in class-action cases.

You can submit comments online by Monday the 22nd at this link and the CFPB has published tips on submitting comments. All comments are public record. I submitted the following. Feel free to cut and paste if you agree. The New York Times also wrote an excellent article on the subject.

As a consumer activist in Texas, I have witnessed some of the worst abuses in mandatory binding arbitration especially with the home building industry. I understand the home builders will not be affected by this regulation but the experiences and abuses are relevant nevertheless. I am in favor for the following reasons:

1) Not one individual, attorney, or anyone commenting on this regulation can claim arbitration is faster, cheaper, or better than our time honored court system because at the time of signing the agreement no one knows the details of the future dispute. How can anyone defend arbitration when they do not know how much the dispute is about? It is literally impossible to do so. As we have learned here in Texas the rules of arbitration can vary based upon the monetary value of the dispute. Consumers expect their day in court and many believe their complaint will be heard by an arbitrator, someone they can talk to and present their case to. Unfortunately consumers are not aware that some arbitration companies will only have a “desk review” with documents provided through the mail. Others are not aware that the arbitration will be heard by multiple arbitrators and a substantial cost. At the time of signing the arbitration clause these details cannot be disclosed because the details of the future dispute is not known by either party.

2) Consumers are too ignorant to know what they are signing. As someone who has followed this issue for 2 decades I continue to learn new problems with arbitration by attending hearings and listening to attorneys. To this day I am still ignorant of the impacts of signing these agreements. The vast majority of consumers have absolutely know idea what arbitration only that it is suppose to be “faster, cheaper, and better” as claimed by the proponents of arbitration.

3) The use of mandatory arbitration is an abuse of not only the ignorant, but of the elderly. Many are not aware of the details and do not have the time to research.

4) The legal decision to opt for arbitration and/or mediation is a decision best left to an attorney. Most consumers do not know that the use of arbitration as an alternative to a civil trial has been mired in controversy for decades. A simple Google search results in pages of articles. They may incorrectly believe that arbitration is faster, better, and cheaper yet studies after studies show otherwise. Few consumers will understand they are giving up their rights to the 7th Amendment of the Constitution of the United States without first consulting with an attorney at the time of a dispute. The arbitration clauses are full of legal loopholes that an average consumer could not adequately understand. The selection of arbitration as an alternative to a civil trial is a legal decision that should not be made by consumers ignorant of the law and it’s consequences.

5) Arbitration and mediation are already available to consumers if they so choose. The right to arbitration and/or mediation is already available to the consumer and their attorney. If they have a dispute they can always opt for arbitration upon advice from their attorney. It is clear why industries want to have this abusive clause buried into a contract at the time of signing without knowing the details of the future dispute. The only reason is because they know this is abusive and will benefit themselves and is far from being fair.

6) As you are aware the choice of arbitration has been removed by the industry. Since most every organization has this mandatory clause, there is no longer a choice. Consumers can not simply go to a different vendor. Much like the home building industry most every builder has the clause. Buyers must give up their American Constitutional rights in order to by the American dream.

7) We pay taxes for our court system. We should have the right to use that system when a dispute arises. This is truly taxation without representation.

8) The consumer will always be at a financial disadvantage to the corporations. They have enough money to fight consumers every step of the way. They corporations do not need any more help by allowing arbitration clauses.

9) Most consumers are not aware that the right to a trial is protected by the 7th Amendment of the Constitution. If they had a choice at signing they would NEVER give this right up.

I urge you to pass this regulation and ban the use of mandatory arbitration.

This entry was posted on Sunday, August 21st, 2016 at 8:25 pm and is filed under Uncategorized. You can follow any responses to this entry through the RSS 2.0 feed. You can leave a response, or trackback from your own site.