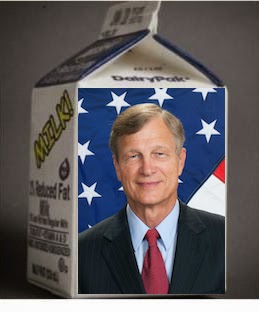 [Baytown Texas] A yellow alert has been issued for Texas Congressman Brian Babin of Congressional District 36. According to the Texas Department of Missing Persons:

The Congressman has been reported missing throughout his district. He has not attended any town hall meetings or had any association with his constituents. We have issued this alert so his constituents can confront him about his stance on gutting Medicare, Medicaid, and throwing 22 million off of healthcare. Babin is considered armed with dangerous misinformation and should not be trusted to tell the truth. Last seen with Donald Trump.

Babin will not meet with his constituents or even ride in a 4th of July parade. He will not face the people he represents to understand their concerns. Instead he has Telecon Town Hall meetings accepting only screened questions from his friendly audience. He, like Trump, is a yellow bellied coward.

If you know when and where Babin will appear, give us a heads up so we can attend.

This entry was posted on Friday, June 30th, 2017 at 1:39 pm and is filed under Uncategorized. You can follow any responses to this entry through the RSS 2.0 feed. You can leave a response, or trackback from your own site.