March 23, 2018 Pilo, Texas. The new waste water facility of Pilo, Texas will celebrate it’s long awaited re-opening along with renaming the facility after Congressman Louie Gohmert. The facility has completed a massive refurbishment but has continued to serve the community in a limited, but effective, capacity. 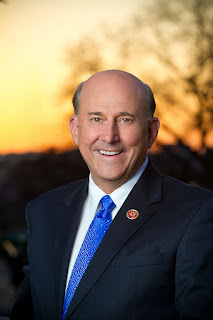 “I’m am thrilled that the refurbishment has been successfuly completed and the facility will be at 100% capacity.” said the facility manager, Cecile Budai. “I am also very proud to announce that after long deliberations we have decided to bestow the honor of renaming the Pilo Sewer Treatment Plant after our own Congressman, Louie Gohmert.”

“Congressman Gohmert, over his long tenure in Congress, has demonstrated his ability to represent this facility in a manner that would make any Pilo resident proud to wake up to. We searched far and wide looking for an individual who was capable of representing the essence of this facility. Gohmert has the necessary skills to sit down and make shit up. His has what it takes for many of his constituents to refer to him as simply as an asshole. He is known to search deep into the bowels of government to crap on the less fortunate and to take a dump on those he disagrees with. Gohmert, like the treatment plant is just full of shit.”

These are the traits the Pilo facility managers were looking for when renaming the sewer plant after Gohmert. Congressman Gohmert was asked to respond but was backed up at the moment. His chief of staff released a short statement “Ain’t that some shit”.

The grand opening will be held at approximately 8:15 am in the bathroom. Please bring your own paper or iPhone if you intend to tweet about the event.

This entry was posted on Friday, March 23rd, 2018 at 1:36 pm and is filed under Uncategorized. You can follow any responses to this entry through the RSS 2.0 feed. You can leave a response, or trackback from your own site.