I’ve said it before. From History.com:

During the French-Mexican War (1861-1867), an outnumbered Mexican army defeats a powerful invading French force at the small town of Puebla de Los Angeles. The retreat of the French troops at the Battle of Puebla represented a great moral victory for the people of Mexico, symbolizing the country’s ability to defend its sovereignty against a powerful foreign nation. 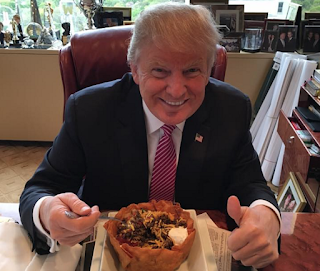 Cinco de Mayo is not Mexican independence day and it is not a day celebrated in Mexico. Many in the United States will put on a multi colored sombrero, a sarape, eat a taco salad, and drink margaritas at their favorite Mexican restaurant thinking its Mexican Independence Day. They know not what they are doing, but they are at least having fun.

Maybe some day the Mexican Americans in the United States will honor those who died in Puebla by simply putting down their TV remote and take a few minutes to vote. The party of trump doesn’t care if Latinos vote or not. They expect about 20-30% of their vote no matter what they say about them. They do not intend to reach out to Latinos unless it is to grab them by the throat and throw them back across the river. They will continue to insult them, their heritage, and their language because they know there will be no consequences for doing so. None. At all. Because Latinos do not vote.

It’s sad. All we ask is for a little help so we can have common sense immigration reform without the racism of the republic party. Its not that hard. If Latinos would just simply vote their strength no elected official would ever make a derogatory remark towards them.

Because if they did….they would get their asses kicked. Just like the French.

This entry was posted on Friday, May 4th, 2018 at 8:12 am and is filed under Uncategorized. You can follow any responses to this entry through the RSS 2.0 feed. You can leave a response, or trackback from your own site.