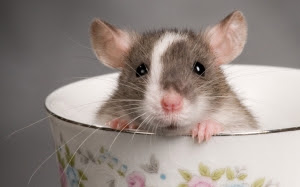 Ed Emmett meets most of the qualifications required for the office of County Judge. Most.

Emmett is the type of politician the Republican Party sorely needs in this country,  from City Council to the Presidency. You won’t find Emmett inviting a camera crew to his office to have a discussion with a country western singer. He won’t be having a fit of knee jerk reactions on every social issue facing the county. He won’t be saying anything racist or commenting about the good people in the White Supremacist organizations carrying Tiki torches. He won’t resort to calling his political opponents awful names names unfit for discussion at the dinner table.
Instead, Emmett “hunkers down”, performs the job he was elected to do, keeps his divisive opinions to himself (if he has any) and actually acts like an elected official who respects the fact he has the title of “The Honorable” in front of his name. Voters should demand this from every elected official and candidate. It serves the voters well. It helps bring the community together and creates the opportunity for voters and constituents to actually listen to and trust our elected officials during times of need such as a hurricane or massive flooding.
Emmett has performed his official duties and his responsibilities well but has failed on moral leadership. Americans across all levels of government are begging elected officials to stand up and act like human beings when it comes to “family values”. On this Emmett has failed. As the leader of the Republican party in Harris County he has failed to lead his party away from this awful, angry, racist, mentality brought to a head by Dan Patrick, Sid Miller, Ted Cruz  and Donald Trump. He has failed to speak out forcefully about racist comments made by the leaders of his party. He has failed to speak out against separating children from mothers looking for asylum in the United States. He has failed to tell the members of his party and the leadership of his party to simply “knock it off”. Instead he hunkered down, in the corner, out of sight of the cameras, out of sight of the daily controversies, and out of sight of the angry, racist, mob that now dominates the Republican Party.
Emmett had the opportunity to restore his party to what it once was, a party that campaigned on “Family values” instead of family separation. A party that embraced facts and figures instead of deception, dishonesty and lies. A party that respected the rule of law instead of ignoring the law based upon who rules. He had the opportunity to stop his party from further moral erosion when their leader mocked a disabled American or a woman debate moderator. He had the opportunity to use his leadership to stop his party from unleashing angry, hateful attacks on Hispanics, Muslims, teachers, women, civil servants, the disabled, the gay community, and other constituents. Instead he sat quietly in the corner. This is a failure by Judge Emmett of moral leadership.
Judge Emmett should be commended for performing his job without unnecessary fanfare and yelling into the cameras when opportunity arises, but when it comes to moral leadership of his party he has been hunkered down in a corner quiet as a mouse.

This entry was posted on Sunday, October 21st, 2018 at 11:51 am and is filed under Uncategorized. You can follow any responses to this entry through the RSS 2.0 feed. You can leave a response, or trackback from your own site.