It really just pisses me off. 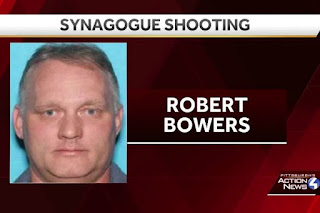 I may have said the g–damn word maybe 5 times in my entire life. Today was one of them. I walked up to vote in Clear Lake today to take advantage of the short line. The person giving out instructions on what was needed to vote was wearing an NRA hat. It might has well been a MAGAt hat.

I looked at him and simply said “Take that g–damn hat off!”. I then had a very long discussion with the presiding judge who has the authority to tell him to either leave or take off the hat. I had to remind her that 11 human beings were shot less than 48 hours ago. I had to remind her that a gun nut had taken the lives of 11 Jewish Americans with an AR-15. I told her she had the authority to tell him to leave or to take the hat off. She defended him until I told her I would file a complaint and bring the media. (if they would come)

She agreed to tell him to take it off….until she could talk to Stan Stanart, her boss. I bet this asshole of man will put it back on. She claimed it was illegal. I told her that farting in a crowded elevator was legal but it was extremely disrespectful.

What part of being an asshole do republicans not understand? BTW both are right wing republicans.

This entry was posted on Monday, October 29th, 2018 at 2:36 pm and is filed under Uncategorized. You can follow any responses to this entry through the RSS 2.0 feed. You can leave a response, or trackback from your own site.