Will Latinos vote or sit at the kids table? 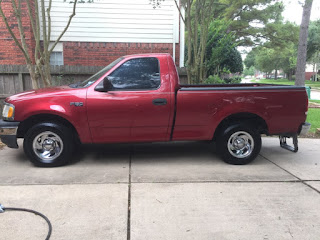 In late 2016 two kids yelled “BUILD THE WALL” at a Mexican-American driving an old pick up truck loaded with tree debris. It took a minute to understand why.

What will it take for the Latino community to take their seat at their own table and stop these racially motivated comments?  Historically the Latino community, as a whole, does not vote its strength unlike the Black community, the Muslim community, or the White community. No matter who runs or what they run on we just don’t vote. We accept a seat at the Thanksgiving kids table without a fight. It’s disappointing. It’s embarrassing. It’s lazy.
The Latino apologist claim the Democrats don’t reach out to us, they don’t recognize our needs or offer us a ride to the polls serving coffee and donuts. They say “If we don’t vote, you don’t win” and yet we still don’t vote. This year we have no excuses. If there are problems with reaching out let’s take our seats at our table and raise that issue. Until then the Latino community needs to quit making excuses for those of us who will not vote.
The community has good reason to vote. The current president and his party does not reflect the values of the Latino community. We believe in family values not family separation. We appreciate good jobs with fair pay. We want the ability to afford medical treatment for our sick children without having to declare bankruptcy. And we do not appreciate the hatred directed at those who look like us.
The Republican Party has directed vile comments towards “illegal aliens”, those who have brown skin and who speak Spanish. They called them rapists, murderers, and gang members. They have demonized the language calling for us to speak “Merican”. They make wild claims about terror babies and when confronted about their comments they use the excuse of “We are only talking about illegals”.
Well, those “illegals” look like us. They talk like us. They eat like us. These unnecessary, racist, attacks against them are wrong and they rub off on us. Yet we, as a community, sit back and do nothing about it.
The members of the Republican Party continue to attack Latinos for good reason. We don’t vote. We don’t hold them accountable. If we, as a united community, got off the couch, stood in line and voted, no candidate, no political activist, and no elected official of either party would ever question our language, our heritage, or the color of our skin for fear of being run out of office and out of our Country.
If there was ever a time to take our seat at our own table it is now. The hatred towards the Latino community must stop. The angry, racist, dog whistles turned into angry bullhorns must stop. And the only way to do this is to take what is rightfully ours by exercising our right to vote, perform our duty as Americans, claim our seat at our table, and tell them to shut the hell up.
BTW. My truck blew a head gasket. I had to sell it.

This entry was posted on Monday, October 29th, 2018 at 12:52 pm and is filed under Uncategorized. You can follow any responses to this entry through the RSS 2.0 feed. You can leave a response, or trackback from your own site.