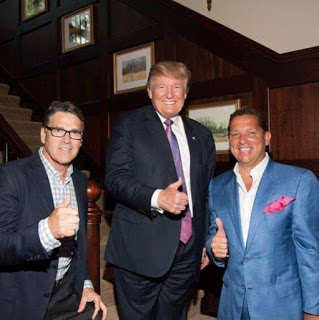 That didn’t end well. Let’s give the Democrats a thumbs up for a job well done!

Tony Buzbee is just like Donald Trump. He is a politically ignorant candidate running for political office. He isn’t doing very well so far. He courted the Houston Fire Fighters Union for months only to be passed over for City Councilman Dwight Boykins just 2 days after he entered the race. On Saturday Buzbee should have known that his appearance at the Harris County Democratic Party Executive Committee meeting would not end well. It didn’t and he got his feelings hurt. Hundreds of Democrats representing the party gave Buzbee the respect he deserves.

Buzbee has been a major contributor to Trump and republicans. From a previous post:

But that is not all. Since 2015 Buzbee has become the sugar daddy of a number of state parties donating $110,000 to the Republican Party in 11 different states. He has donated over $1,000,000 to various candidates including $308,000 to Greg Abbott and $80,000 to Rick Perry.He is clearly running a loud mouth, in your face, type of campaign, again just like Trump.

So his attendance at the CEC meeting was appropriately welcomed with loud boos and was heckled on his way out.
Buzbee tucked tail and ran to his Facebook page to whine about the event. It was almost like he didn’t understand why he wouldn’t be welcomed. Maybe he ought to try attending the Republican Party CEC meeting after bankrolling the Democrats successful effort to wipe out their judges.

This entry was posted on Monday, July 1st, 2019 at 11:33 am and is filed under Uncategorized. You can follow any responses to this entry through the RSS 2.0 feed. You can leave a response, or trackback from your own site.