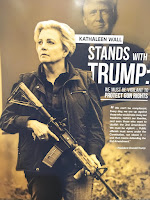 Kathaleen Wall ran in the Republican primary for Congressional District 2 in 2016. She donated $800,000 to Gov Abbott who has endorsed her. She invested $6 Million of her own money into her own campaign, raising only $10,000 from others. And she lost, and lost bad. She came in 3rd place. Buying an election has become a campaign strategy for republicans much like Money Mayes Middleton who spent $2.5 Million of his own money to win a House seat.

Now Wall is trying to buy the primary for CD22, a seat abandoned by Congressman Pete Olson. Much like CD2 we should expect a huge amount of money to be spent on ads showing she is the best Trump supporter in the race, and the most loaded candidate with guns and money.

Kathaleen Walls stands with trump and is loaded. What could possibly go wrong with that strategy? 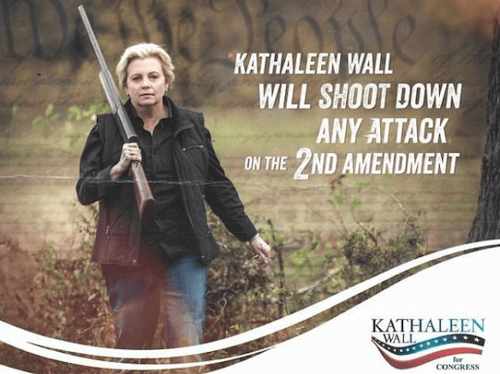 This entry was posted on Monday, August 26th, 2019 at 1:31 pm and is filed under Uncategorized. You can follow any responses to this entry through the RSS 2.0 feed. You can leave a response, or trackback from your own site.

2 Responses to Kathaleen Wall buying another seat in Congress?