The loser of the #DemocraticDebate: Medicare for All 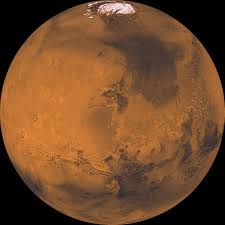 Stick with me for a second.

Back in 1989 VP Dan Quayle called for a trip to Mars. Everyone was excited by the bold, courageous announcement….until they learned the price tag and realized it was technically impossible at the time. 20 years later nothing has changed.

Medicare for All is similar. The activists of the left, led by Bernie Sanders, is giddy as a freshman going to the jr/sr prom about the idea of M4A but they fail to realize they are not the only ones that will determine the nominee and their ideas. The other voters in the Democratic Primary understand how much it will cost and are uneasy about how much it will cost them. They realize it is not feasible anytime soon. It’s one thing to call for a bold and courageous endeavor like going to Mars or Medicare for All. It’s another thing to have the money and the ability to actually make it a reality.

Sanders can’t make it a reality. Sanders has a long history of not being able to champion major legislation. He is the last person who could make M4A a reality. Warren, even with a better track record of accomplishments, has hitched her wagon to this boat anchor and eventually it will cost her.

The other candidates call for an improved Affordable Care Act with various options to allow consumers to choose their coverage. Biden, Amy, Beto, Castro, Buttigieg, Harris, and even Yang who doesn’t know his ass from a stethoscope called for a combination of Medicare and the ACA. It’s a better plan that is achievable.

Medicare for All is not for everyone. It shouldn’t be. It’s on life support.

This entry was posted on Friday, September 13th, 2019 at 4:34 pm and is filed under Uncategorized. You can follow any responses to this entry through the RSS 2.0 feed. You can leave a response, or trackback from your own site.