God is not happy. Texas GOP votes against background checks 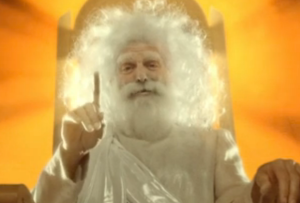 The State Republican Executive Committee is comprised a of male and female from each of the 31 Senate Districts in Texas. They are mostly older white people. They are in charge of conducting the business of the party including resolutions.

(In contrast, the State Democratic Executive Committee has members from each district as well as 2 members from the Labor Caucus, the Asian-American Caucus, Black Caucus, Latino Caucus, Gay Caucus,Veterans, Women, Environmental, and young Democrats. We are a big, diverse, tent.)

After the latest mass shooting in Odessa which left 7 families mourning the death of their loved ones and many other families saddled with massive bills to treat their gun shot wounds the State Republican Executive Committee took action.

The SREC voted unanimously on a resolution to oppose enhanced background checks and any type of red flag laws.

THEREFORE, BE IT RESOLVED that the Republican Party of Texas calls upon members of the Texas Congressional Delegation and members of the Texas Legislature to firmly reject Enhanced Background Checks and Extreme Risk Protective Orders as nothing but cleverly devised infringements of the God-given and Constitutionally protected right to keep and bear arms; and

BE IT FURTHER RESOLVED that the Republican Party of Texas strongly rejects any implementation of Red Flag laws or Enhanced Background Checks should there be a Special Session of the Texas Legislature; and

FYI. I talked to god last night. He said he never gave anyone a right to bear arms. “The SREC doesn’t speak for me. They speak for the NRA only. Texas has had 5 mass shooting in 6 short years, Odessa, El Paso, Santa Fe, Sutherland, Dallas, which left 10 students, 6 police officers, 27 worshipers, 22 shoppers, 7 drivers, dead and the republicans in Texas have done nothing. So please tell them I said to STFU gdamnit”

This entry was posted on Thursday, September 19th, 2019 at 11:46 am and is filed under Uncategorized. You can follow any responses to this entry through the RSS 2.0 feed. You can leave a response, or trackback from your own site.

2 Responses to God is not happy. Texas GOP votes against background checks