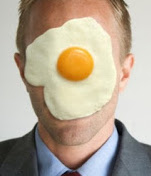 The “intern” according to the Houston Chronicle, has a master’s degree in legal studies from Texas State University and a law degree from Texas Southern University. He also has very significant experience. From the Chronicle:

Turner released a statement Tuesday explaining that the position is part of the airport system’s “Executive Internship Program” and said Agumagu’s salary “is commensurate with his education and experience.” Houston Airport System Director Mario Diaz created the program “to attract new talent in the field of aviation” and to serve as an entry to a city management training program, according to a 2018 memo released by the city Tuesday.

The bottom line is this is 1995 all over again like Wayne Dolcefino’s botched investigation story against Turner that ended in a lawsuit. From a previous post.

Groogan and Diaz have been nominated for the Wayne Dolcefino Investigations Gone Wrong award. Buzbee is still waiting by the phone wiping the egg off his face.

This entry was posted on Thursday, October 3rd, 2019 at 11:26 am and is filed under Uncategorized. You can follow any responses to this entry through the RSS 2.0 feed. You can leave a response, or trackback from your own site.