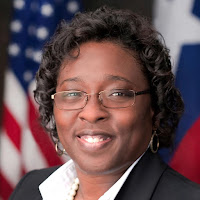 If you think you do not need to file an Ethics Report, you might want to think. Look what I found in the Texas Ethics Commission website.

A total of SIX reports were not filed. According to the complaint, the reports were eventually filed, up to 1 year late. The fines for not filing a report seem to be pretty steep especially when you are running a low budget campaign which many judicial candidates do. One of Judge Palmer’s report lists less than $7000 in donations. Filing the report late along with the others resulted in fines of $15,000. It just doesn’t make cents.

Palmer is a Judge. She should know the law and she should follow the law. I was hoping someone would have filed in the primary against her but some candidates instead chose to run against Judges who are actually following the law and performing their jobs honorably.

This entry was posted on Sunday, December 29th, 2019 at 3:54 pm and is filed under Uncategorized. You can follow any responses to this entry through the RSS 2.0 feed. You can leave a response, or trackback from your own site.