Texas Republican Party. Caught in a Convention Do Loop 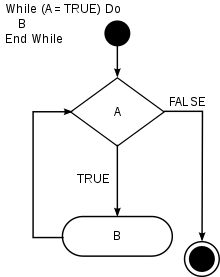 There was nothing worse than being caught in a never ending Do Loop when programming in Fortran, a language that is about as out of date as the Texas Republican Party.

The Texas GOP was caught in their own Do Loop trying to have a virtual Convention since their in-person COVID Convention was cancelled due to health reasons. The Texas Democratic Party was able to successfully conduct their entire convention virtually. From a delegate perspective a virtual convention sucks. There are no speeches, no networking, no training opportunities, no hospitality parties, no drinking. It’s as boring as watching paint dry in the closet. On the other hand the Republican virtual convention was a complete shit show that was fun to watch.

After attempting to restart their Do Loop they eventually just performed an interrupt and aborted the entire event. The comments were spectacular including one delegate asking “What’s the internet?”. Here are a few samples coming from delegates attempting to participate: 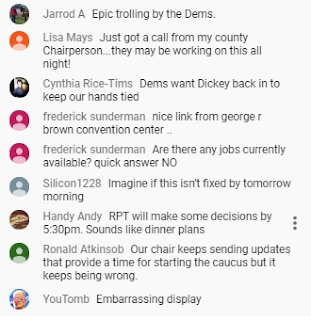 One of the most important tasks of the GOP State Convention is to elect delegates to the National Convention to be held in Florida, during the summer, outside. Most delegates were not too interested in sweating like pigs while attempting to stay alive during an out of control pandemic and god forbid they would have to wear a life saving mask! Do Loop part II is coming soon.
It’s just sad. Really, really, sad.
End Do

This entry was posted on Monday, July 20th, 2020 at 11:51 am and is filed under Uncategorized. You can follow any responses to this entry through the RSS 2.0 feed. You can leave a response, or trackback from your own site.