Calling for the resignation of Houston City Councilman Greg Travis 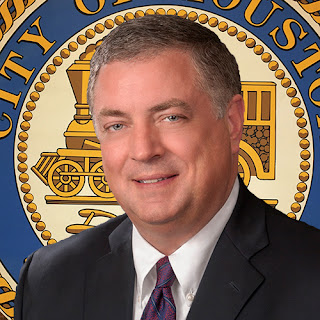 CM Travis racist and inappropriate comments on Facebook towards women and people of color cannot be ignored.

This is no longer an issue about CM Travis. We now know exactly who he is. He has told us. Now it is time for you to tell us who you are and whether you will tolerate his racist remarks and take no action. Over the last 5 years racists across the country have responded to the dog whistles from our elected officials and more and more are coming out with racist comments because there are no consequences for their actions. Now one has come out on City Council. That needs to stop. Now!

I hope you will demand his resignation even though he will not, then demand an apology even though he has refused, then censure him, and then remove him from his committee assignments. This will send a strong, clear signal to anyone running for city council that racism and inappropriate comments will not ever be tolerated. Not know. Not ever.

Due to term limits many of you have nothing to lose calling for his resignation, except your dignity. Others will have to answer for their lack of action during endorsement screenings next year. How will you respond to the question “What action did you take when confronted with a racist in City Council?”.

As a father of a successful professional daughter who is a woman of color I am extremely upset about CM Travis comments. I sincerely hope you will start the new year right by taking decisive action and demanding Councilmember Greg Travis to resign. I also hope you will respond with what you intend to do.

This entry was posted on Thursday, December 31st, 2020 at 8:00 pm and is filed under Uncategorized. You can follow any responses to this entry through the RSS 2.0 feed. You can leave a response, or trackback from your own site.