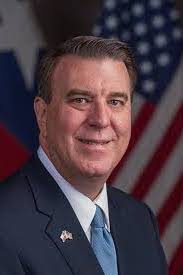 Representative Dennis Paul is in a safe district. He will have that seat until he qualifies for a State provided pension or until he wants to leave. It is a solid red, red, red seat. So it shouldn’t come as a surprise that he is leading the way for the Republican Party on filing bills to make it more difficult to vote.

Here in Harris County our elected officials have made it very easy to vote. They created Voting Centers allowing voters to vote in any location during early voting and Election Day. They created drop off centers across the County allowing voters to drop their absentee ballot off and trace it’s progress. They created over night voting locations that 10s of thousands of voters used in 2020. In 2022 they will adopt new voting machines with a verifiable paper ballot. Unfortunately Dennis Paul has filed bills to stop most of this.

Here are the bills Paul has filed:

HB 1725 will prohibit voters from using a drop off site for their absentee ballot.

HB 2265 confirms there will never be more than 12 hours of Early Voting on any day during the Early Voting Period. No voting earlier than 7:00 a.m. and no voting later than 7:00 p.m. This prevents 24-hour voting as some counties set up in 2020.

HB 2263 makes it clear that Election Officials may not cure an unsigned, incomplete, or incorrect Voter Registration Application, Ballot, or Ballot by Mail Application. The bill also requires that on any candidate’s Petition in Lieu of a Filing Fee, if the document had to be notarized twice it must be accompanied with a signed affidavit explaining what was cured, by whom, and when after the first notarization.

HB 2264 creates consistency in the number of votes required to appoint or terminate an Election Administrator. It will now be a 4/5 majority to appoint or terminate on both the County Election Commission and the County Commissioners Court.
HB 2266 prevents 3rd party vendors. There is already a very specific procedure in place for the appointment of Election Judges, Clerks, and other Election Officials, where political parties submit their appointees and are approved by Commissioner’s Court. This bill makes it very clear that a person may not be hired as a Presiding or Alternate Judge, a Clerk, a Signature Verification Committee member, or a Ballot Board member except as explicitly provided in the current procedure. This will prevent election workers from being hired through third-party agencies.
HB 2267 allows retail fireworks permits to be purchased through the Internet. The Texas Department of insurance will post a link to the website through their agency website.
HB2267 has nothing to do with voting but it beg the question “What idiot thought of this idea?”

This entry was posted on Monday, March 1st, 2021 at 1:17 pm and is filed under Uncategorized. You can follow any responses to this entry through the RSS 2.0 feed. You can leave a response, or trackback from your own site.