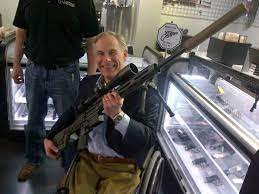 According to the Houston Chronicle Abbott has vowed to spend Texas tax dollars to complete Trump’s wall that Mexico was to pay for. To hell with providing healthcare, or affordable home insurance, or reliable electricity. Abbott has his eyes set on Trump’s ass and the White House and he is at the perfect height to do so.

George Pedro Bush. Bush was on some right wing radio show stating that he was the best ass kisser in Texas and the only Bush that Trump likes. That is correct. Trump loves the ass kissers and Pedro’s dad, grandfather, and uncle Bush had more dignity than to publicly kiss anyones ass.

Ken Paxton. Ken has tried to skip the line to trump’s ass but each time he gets crapped on. This week was no different. Paxton made unsubstantiated claims about his efforts to limit mail in ballot during a pandemic was responsible for Trump’s win in Texas. After that little ass kissing Paxton found himself being reviewed by the Texas State BAR

This entry was posted on Friday, June 11th, 2021 at 12:16 pm and is filed under Uncategorized. You can follow any responses to this entry through the RSS 2.0 feed. You can leave a response, or trackback from your own site.