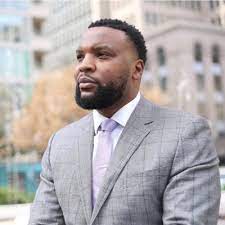 Lee Merritt is a prominent civil rights attorney who represented the family of Ahmaud Arbery in Georgia. Ahmaud was killed by 3 individuals who decided to take the law into their own hands. They were found guilty of murder and will spend the rest of their lives in jail. Merritt has an excellent record on civil rights….but….

Merritt is running in the Democratic Primary for Texas Attorney General. The AG has, in the past, been the “people’s lawyer” representing the interests of the State of Texas and it’s citizens. Unfortunately Mr. Merritt is not authorized to practice law in the State of Texas and has had a complaint filed by the Unauthorized Practice of Law Committee of the Texas Supreme Court, Cause No. 417-00438-2018.

The complaint alleges Lee was practicing law in multiple cases, citing 6 specific cases as well as a number of others. The entire complaint can be read here. The complaints were eventually dropped with Lee signing a Final Consent Judgement listing 12 specific restrictions including not being able to advertise his services, or participating in discovery in Texas cases, and much more. The list is pretty specific. I would think it could be alleviated by Lee taking and passing the Bar. This Judgement was signed in Feb 2018 nearly 4 years ago. According to the complaint:

Although he applied to take the July 2015 Texas Bar Examination, Defendant did not do so and has not since sought admission to the State Bar of Texas.

It seems pretty clear he does not intend to take the Texas Bar Examination. It makes sense that the top lawyer of the State of Texas should be licensed to practice law in the State of Texas. Although Lee has a stellar record in civil rights he just doesn’t merit any further consideration for the office of Texas Attorney General.

Read the complaint and judgement here.

This entry was posted on Wednesday, January 19th, 2022 at 12:25 pm and is filed under Uncategorized. You can follow any responses to this entry through the RSS 2.0 feed. You can leave a response, or trackback from your own site.