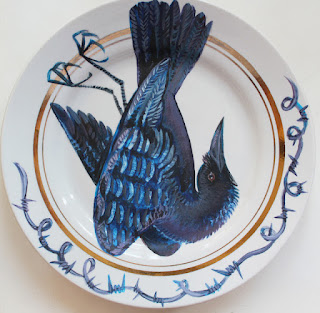 If any of my 5 readers are interested…..here are my thoughts.

First and foremost I do not vote for someone because they are [fill in the blank], old, young, Latino, a woman, etc etc. I vote for the best candidate to win. This isn’t about making a statement. It’s about winning and making living in Texas better for everyone. It’s not a game. It’s not about race or any other attribute. It’s not about being the first [fill in the blank]. It’s about being qualified to run the office they are running for and winning. With that in mind:

Governor. Congressman Beto O’Rourke. Hands down. The other candidates have no idea what they are doing or how to go about doing it. Michael Cooper should run for City Council or something local. He has potential.

Lt Governor. Mike Collier. Mike can do the job. He has been active and working for the vote. The other candidates have some good qualities but seemed to have joined the race as an after thought. It’s hard to get over that.

Attorney General. Joe Jaworski. Joe has it all. Experience, drive, money. This is going to be a hard race to win so we need to put our best forward. I can’t get over Merritt’s inability to practice law in Texas because he has not passed the Bar and doesn’t intend to. He would be target practice for the republicans in the general election. Rochelle Garza has wonderful potential but with only 8 years experience as an attorney it’s hard to give her the nod.

Texas Comptroller of Public Accounts. Janet T. Dudding. Most qualified of the bunch! Great choice for Comptroller. Dudding ran for office before and was competitive. She has the qualifications for this job.

Land Commissioner. Jay Kleberg. Excellent experience. Michael Lange also has great experience and would make a fine nominee. I gave Jay the nod on this one. Sandra Grace Martinez hangs on the “First Latina to run” but that alone can’t get over her lack of experience or her political ignorance. Jenny Suh is young and enthusiastic but again that doesn’t get her over the hump on this race.

Harris County Judge. Judge Lina Hidalgo. Hands down. While candidates and elected officials talk about not taking donations from those doing business with the County, Judge Hidalgo hasn’t just talked about it. she does it. I was concerned about her lack of experience 4 years ago but WOW! I have been eating crow ever since. She has delivered.

County Commissioner Pct 2. Adrian Garcia. From park improvements, drainage improvements, and stopping the proposed oil tank farm on hwy 3 and Clear Lake City Blvd, Garcia has delivered. His opponent, George Risner believes lying like a republican can work to gain the nomination. Democrats, hopefully, can see through his bullshit.

This entry was posted on Monday, February 28th, 2022 at 2:52 pm and is filed under Uncategorized. You can follow any responses to this entry through the RSS 2.0 feed. You can leave a response, or trackback from your own site.