It’s worse than it sounds.

Eric Dick, a Trustee on the Harris County Department of Education has been fined $30,000 by the Texas Ethics Commission for his deceptive mailer supporting his run for City Council back in 2019. Dick is an attorney and the TEC has also referred him to the Texas Bar.

Background: In 2019 an endorsement mailer was sent by the Harris County Black Democratic News (not registered with the TEC) in support of Eric Dick against Sallie Alcorn. The mailer gave the impression that prominent Black elected officials had endorsed a slate of candidates including Dick. They had not. The mailers can be viewed below. You can read the article by the Houston Chronicle here.

Last week the Commission held a formal joint hearing for Philip Bryant owner of HCBDN and Eric Dick and rendered their decision. The 60 minute video is available online here starting at 1:20:00. Select the hearing for the Texas Ethics Commission on 2/24/22. Dick was subpoenaed but did not show. The owner of the printer used by Dick was subpoenaed but did not show. Phillip Bryant, friend and client of Dick, was fined $6500 for failure to respond to the complaint among other things. He did not show either.

The Commission Staff had recommended a fine of $20,000. The Commissioners added an additional $10,000. The video is pretty damning with Dick’s attorney being asked if he had any evidence in defense of his client, Dick. He admitted he had none but used his time to ramble on with baseless allegations. (at 2:10:47 of the video)

Some of the most damning parts of the hearing was evidence that showed:

Dick should resign from his position on the Harris County Department of Education to spend more time with his attorney. He should be banned from ever running again for any political office. 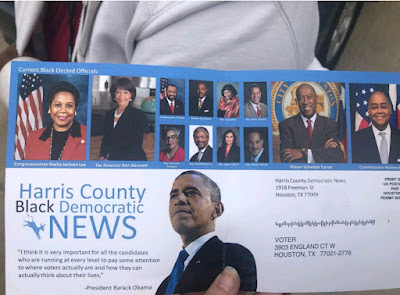 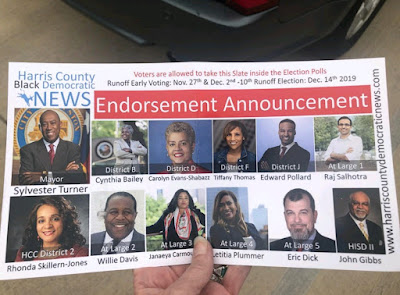 This entry was posted on Wednesday, March 2nd, 2022 at 4:07 pm and is filed under Uncategorized. You can follow any responses to this entry through the RSS 2.0 feed. You can leave a response, or trackback from your own site.