A plan to get assault weapons off the street 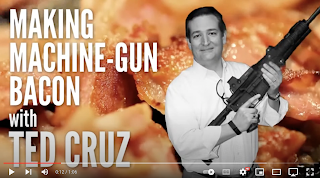 There has to be a change in the way we think about guns. They are not toys. We, especially elected officials, shouldn’t play with them or cook bacon on the barrel. We shouldn’t be posing with them or taking selfies with them. And we need assault weapons off the street. NOW.

We should allow people to buy assault weapons and automatic weapons and have them transferred to a gun range for safe storage. The owner is free to shoot it there, store it there, store their ammo there but they will never be allowed to leave with the gun or bring it home. If they want to move, then transfer it to another gun range. These guns should never be in the public again.

For those with these weapons already we should have a buy back program, paid for by they gun industry. Those who want to give up their assault weapons can then buy a gun that is better for home security. Those who want to keep their assault weapons will have a time period to arrange and pay for storage at a gun range. And those who are caught with an illegal weapon or illegal ammo after this timeframe will face a mandatory 3 years in prison.

There is no other usage for an assault weapon besides shooting them for fun or killing people. It is useless for hunting. It is a very poor choice for home protection. So let them shoot. Let them own.

But keep them off the ***damn street.

This entry was posted on Tuesday, May 31st, 2022 at 12:17 pm and is filed under Uncategorized. You can follow any responses to this entry through the RSS 2.0 feed. You can leave a response, or trackback from your own site.