This is called a Texas sized whoopin. From CCISD:

On May 6, 2017, the Clear Creek Independent School District community approved the CCISD bond referendum, with 63.59% percent voting for and 36.41% percent against the $487 million bond, based on unofficial election results. “We are appreciative of the community’s support of our schools, our teachers, and our students,” said Dr. Greg Smith, Superintendent of Schools. 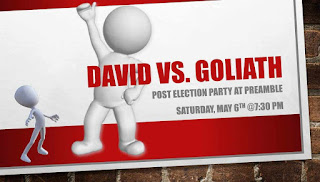 The tea party challenge came from Citizens for CCISD, a Special Purpose Committee (SPAC), chairman Dale Huls. In their two reports filed with the Texas Ethics Commission they listed a total of about $4700 in contributions with $550 coming from their treasurer and $3000 from one donor, Mr Middleton II who lives outside of the district in Houston. Mr. Middleton is the President of Middleton Oil according to the ethics reports. About $1700 was spent on various items.

Over 2/3 of the money raised came from one person, someone who does not live in the CCISD district, and who is a board member of multiple right wing organizations like Empower Texas.

His money went to good use. The bond passed with over 63% of the vote.

This entry was posted on Thursday, May 11th, 2017 at 2:28 am and is filed under Uncategorized. You can follow any responses to this entry through the RSS 2.0 feed. You can leave a response, or trackback from your own site.