I’ve said it before:

It’s hard to believe a so-called “conservative” can still hold their head up and claim they are American patriots including our own Congressman, Brian Babin. If Babin doesn’t have the integrity to stand up and demand that Trump stop misleading the country, then he is just as much a liar as Trump is. 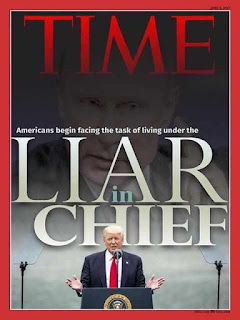 Shortly after the Alexandria shooting, Babin wrote a Facebook post blaming the shooting of a Congressman and staff on the hateful rhetoric of…..wait for it…..the left. Much like Trump, Babin simply lies through his teeth. He has forgotten the hateful rhetoric Trump used to become President. He forgot Trump made human targets out of Muslims, Latinos, the Gay community, and anyone who opposed him during his campaign rallies. They have been subjected to hate speech and threats many of them in Babin’s own district yet Babin did nothing. Babin said nothing. Babin endorsed this behavior and now he is doing it too.  No, Congressman. It is not the left. It is the Republican Party, the Party of Liars, who have enabled the gunnuts of America.

Babin, like Trump, has endorsed this way of governing, by simply lying like a 2 year old. For Trump it worked but eventually people understand you can’t continue to trust a liar. It begins to wear thin. Trump is beginning to realize this even as his cabinet members kiss his ring and praise his many accomplishments during an open Cabinet meetings.

This entry was posted on Thursday, June 15th, 2017 at 12:03 pm and is filed under Uncategorized. You can follow any responses to this entry through the RSS 2.0 feed. You can leave a response, or trackback from your own site.