No Place but Texas: Blake Farenthold 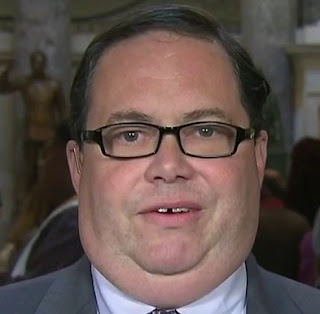 As I have said in the past:

We have a saying here in Texas “We do things bigger in Texas”. It isn’t really true, but its a cheap simple minded saying to make Texas seem like it’s something it isn’t. But Texas does have some of the biggest idiots elected to office.

Case in point Congressman Blake Farenthold from the Corpus Christi area commenting on Republican female Senators not voting for repeal of the ACA. From the Texas Tribune:

“Some of the people that are opposed to this, there are female senators from the Northeast … If it was a guy from South Texas, I might ask him to step outside and settle this Aaron Burr-style.”

This type of rhetoric shouldn’t surprise anyone especially voters in the Corpus area. They have elected this man 4 times since the great wave of tea baggers of 2010. This type of talk is not only accepted, it seems to be required from their elected officials. Farenthold has made other jaw dropping comments in the past. Go ahead and look it up. He is a tough talking swaggering Texan until he gets on TV at which time he seems to cave to common sense.

Farenthold has consistently supported Trump even after he mocked a disabled American, made horrible comments towards women, Latinos, Muslims, and others. He also continued to support Trump after his famous “Grab em by the whatnots” comments. Now he wants to pick a fight with moderate Republican Senators.

Yep. Farenthold is one of the biggest political idiots from Texas. One of many.

This entry was posted on Tuesday, July 25th, 2017 at 11:43 am and is filed under Uncategorized. You can follow any responses to this entry through the RSS 2.0 feed. You can leave a response, or trackback from your own site.