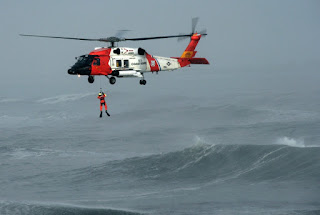 It’s getting hard to make this stuff up.

Donald Trump, the President of the United States of America, said that tens of thousands of hurricane Harvey victims took their boats out into the Gulf of Mexico to watch the hurricane requiring the Coast Guard to rescue them. Really. He said that. I am not making this stuff up! In fact here is the Houston Chronicle:

“Sixteen thousand people, many of them in Texas, for whatever reason that is. People went out in their boats to watch the hurricane,” Trump said. “That didn’t work out too well.”

Look, if you have ever read my blog you know I like satire. Like the press release that named a sewer facility after Congressman Louie Gohmert:

We searched far and wide looking for an individual who was capable of representing the essence of this facility. Gohmert has the necessary skills to sit down and make shit up. His has what it takes for many of his constituents to refer to him as simply as an asshole.

Or when Tx Ag Commissioner Sid Miller apologized for using the “C” word:

In the future I will work to uphold the laws of the State, the word of the Lord, and the wisdom of family values and will use other words like bitch or whore.

But this is NOT satire! Trump actually said that! He also claimed the Prime Minister of Canada burnt down the White House! Again, I am not kidding! From The New York Times:

But on Wednesday, CNN reported that the 206-year-old war figured prominently in a discussion between President Trump and Prime Minister Justin Trudeau of Canada on May 25. According to CNN’s unnamed sources, Mr. Trump asked Mr. Trudeau, “Didn’t you guys burn down the White House?”

Ok. Abbott didn’t really say that, but when asked for comment, he just sat there.

Now that is satire!

This entry was posted on Thursday, June 7th, 2018 at 11:53 am and is filed under Uncategorized. You can follow any responses to this entry through the RSS 2.0 feed. You can leave a response, or trackback from your own site.