Vendors who should think twice before attending the Democratic Convention #TDP18

I counted three vendors who might want to re-think coming to our convention in 2020, the Texas version of the nra, the School Vouchers people, and the Greg Abbott Constitutional Convention group. None were well received by Democrats. 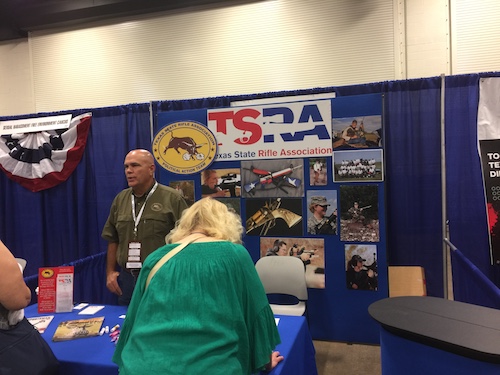 The Texas State Rifle Association is an extension of the nra but they are presenting themselves as a “common sense” gun rights group. Common sense people do not want open carry or carrying around loaded assault rifles in public. Common sense people believe in closing the loop holes on background checks at gun shows. The tsra has lobbied against these common sense issues. This group is nothing more than a mini-nra. They do not belong here at our Convention. Funny…..they are right next to Moms Demand Action. 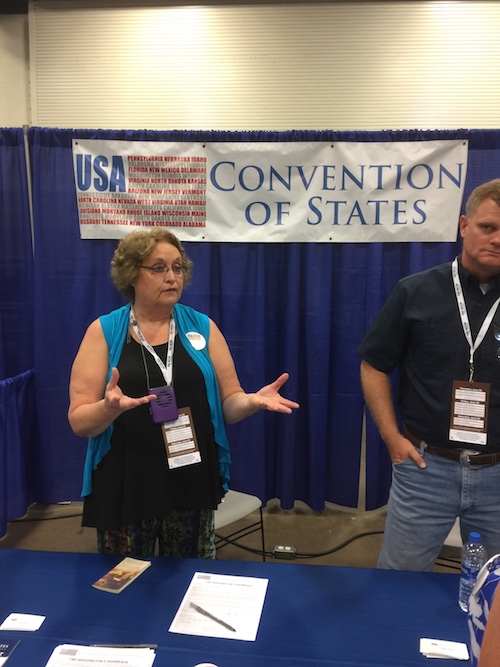 The Constitutional Convention group is presenting themselves as a a group advocating for limited government (Greg Abbott supports this group). It sounds great on paper but then are advocating for cutting social services like Medicare, Social Security under the disguise of fiscal responsibility. They advocate for a balanced budget amendment like the one that has been used to cut education and services throughout the state. The fact that Abbott and the republicans are in support of this group should tell you enough about them. 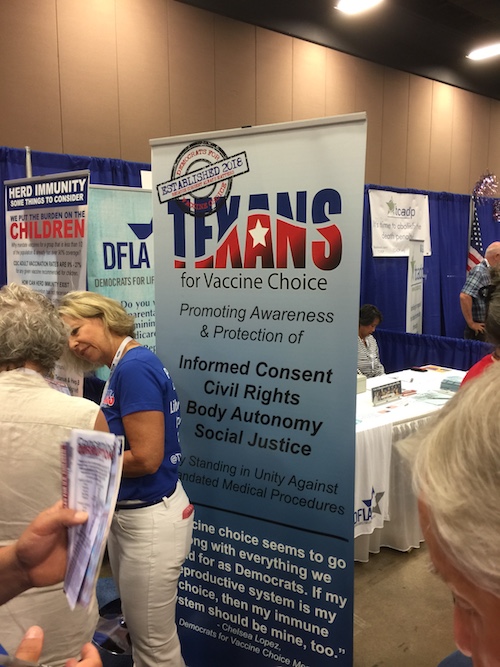 The School Vouchers group is cleverly named “School Choice” and they dishonestly advocate for better education. What they don’t tell you is that they are advocating for better education with school vouchers. They figured out that vouchers is a bad word especially with a group of people who support our families, friends, and educators who are in the public school system. They left their material on the table for people to take. Someone took the opportunity to write them a note. 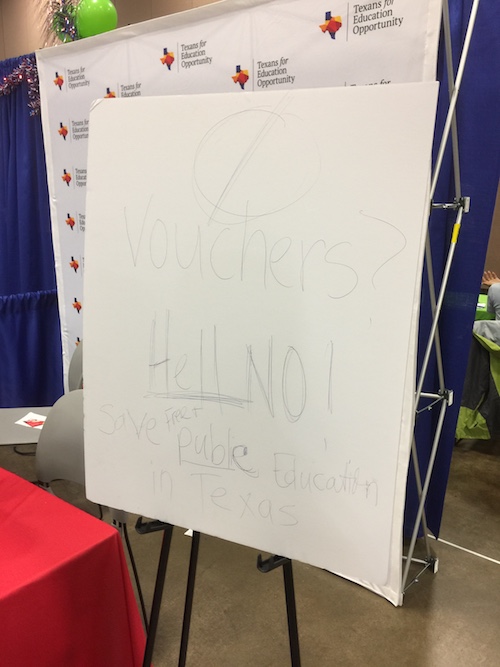 This entry was posted on Friday, June 22nd, 2018 at 4:39 pm and is filed under Uncategorized. You can follow any responses to this entry through the RSS 2.0 feed. You can leave a response, or trackback from your own site.