Recap of the Texas Democratic Convention. The good. The bad. The funny. 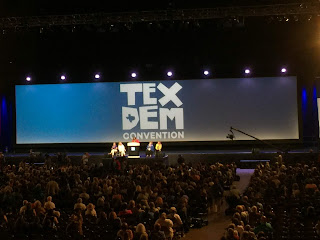 This was a great convention. Lets start with the funny.

Texas State Representative “Little Baby” Briscoe Cain thrown out of the convention
The convention security tossed Briscoe Cain for showing off his gun inside the convention area. We also had a Hearst with a RIP sign for the Democratic Party parked outside. Both were childish moves with Baby Briscoe being escorted out by his mother pulling him by the ear. You could hear Briscoe yelling “mom! mom! you are embarrassing me!” throughout the convention center. 😁

The Good.
Overall this was a great convention with nearly 8000 delegates in an off year. Lots of new faces. The Convention Center is a great place with ample meeting rooms, although the Environment Caucus and Stop Gun Violence needed rooms twice the size. Their crowds were much larger than expected. The TDP staff should be thanked for a smooth convention. Food was convention food but there were good restaurants nearby. The music played during the session was upbeat and modern. Good choices! The opening videos were great especially Mike Collier’s “I’m Mike Collier” and MJ Hegar’s video, Doors, that has gone viral. The multimedia was well done. Audio, lighting, etc was all well done. There were fantastic speeches both days with many standing ovations. Delegates left energized.

Chair
Gilberto Hinojosa was re-elected as Chair of the Texas Democratic Party. Good choice. He was a clear winner by voice vote.

No mention of trump
As I said before, the Party focused on the many issues facing Texans including health care, jobs, immigration and many more. Trumps name was mentioned a total of 5 times. Anyone who says “The Democrats have to run on something beside attacking trump” was not listening or doesn’t want to listen. 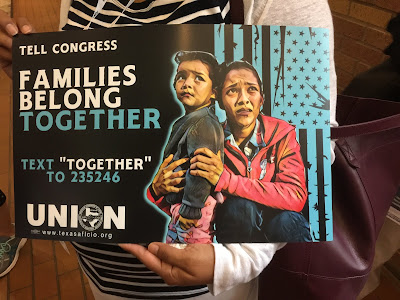 Family First Rally
The TDP held a very well attended Family First Rally in support of the immigrant children separated from their parents. State Representative Mary Ann Perez summed it up best “We are better than this!”. She is right. The issue was referenced throughout the convention.

The Silence
Congresswoman Sheila Jackson Lee gave another great speech on the floor. She played the audio of the immigrant children crying for their parents. The convention floor stopped and it went silent. You could hear a pin drop. It was very disturbing but moving.

The Vice-Chair
There was a brief controversy about the race between Carla Brailey , the current Vice-Chair, Debra Peoples, and Rose Salas. All were well qualified for the position. Peoples and Salas eventually withdrew calling for unity within the party. I think it work. Carla Brailey is our Vice-Chair.

No LaRouche
The LaRouche cult forgot to show up. That was good. Really good. The newbie were not subjected to their random singing fits and calls for impeachment of their elected official of choice.

The Bad
We had the usual controversy from the far left, calling for a division of the house after a clear winner was determined by voice vote, challenging the chair, but nothing that couldn’t be handled by the Parliamentarian. There were no unresolved controversies. 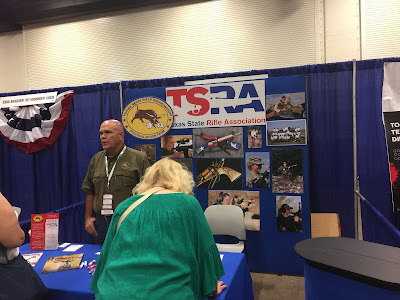 Vendors
At least 3 vendors were allowed into our convention that shouldn’t have been there. A gun nut organization, a school voucher group, and a constitutional convention group. I wrote about them here. You have to wonder what the rationale was for letting them on our floor.

The prayer
A Catholic priest gave the prayer for the closing general session. Unlike the previous day the priest referenced Christianity too many times to a group of delegates committed to the freedom of religion. He incorrectly claimed the founding fathers created our governing documents according to the Christian religion. We shook it off quickly.

Our revolution
This group continues to bother me. When your house is on fire you shouldn’t complain about the color of the curtains. Grab a bucket and help put out the fire! The caucus had too many people saying “Give our party back to the people”. (Who has it?) Our party does NOT need a revolution. We need people to quit complaining and start helping.

Read the rules
Do us all a favor. Before the next convention, read the rules of the party. It would help move the convention along.

This entry was posted on Sunday, June 24th, 2018 at 4:46 am and is filed under Uncategorized. You can follow any responses to this entry through the RSS 2.0 feed. You can leave a response, or trackback from your own site.