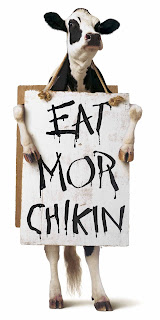 The republican candidates for state wide office have refused to debate their Democratic challengers. Ken Paxton has issued the following excuse from the Dallas Observer:

“Attorney General Paxton will communicate directly with the voters about important issues and his outstanding record of accomplishment the past 4 years, including how he has has spent millions of campaign donations to keep himself out of a federal jail.”

And Dan Patrick issued the following excuse from the Texas Observer:

“It’s no secret Lieutenant Governor Patrick relishes debates, but since his opponent shows no sign of grasping even the most basic rudiments of state government, our campaign has no plans to debate him. Besides I am still too busy working on the bathroom bill during potty breaks.”

Ok. Those are not exactly the quotes, but you get the idea. Sid Miller, the Texas Agriculture Commissioner has declined an invitation from Kim Olson and has issued an official response translated by his political adviser Todd Smith. According to Sid Miller:

“Sid Miller says it will be a cold day in the chicken coop before I will take the stage with a women that is taller, smarter, and has more integrity than in her little finger than I have in my entire body!”

“Instead of debating his opponent in front of Texas voters, Sid Miller will stick to doing the job for the Texas farmer by endorsing the tariffs by Trump and letting the crops die. The loss of income will help farmers toughen up for the winter.”

So Miller will not debate. Reminds me of Colonel Sanders. Chicken.

This entry was posted on Friday, July 27th, 2018 at 3:36 pm and is filed under Uncategorized. You can follow any responses to this entry through the RSS 2.0 feed. You can leave a response, or trackback from your own site.