Rotting from the head down: Harris County Republic Party. 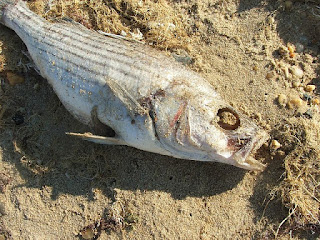 As the saying goes: A fish rots from the head down. There is nothing worse than the smell of a rotting fish and the Harris County republic party is stinking up the joint. From the Houston Press:

Harris County residents keen to vote in the upcoming midterm elections should be very careful about checking their mail. Recently, some residents of Third Ward received letters informing them of an address change they had not actually filed and which, if not answered, would put their franchise into suspension. It looks to be the result of a Republican-led challenge to thousands of Houston voters.

According to the Press the Harris County Republican Party’s Ballot Security Committee has issued 4000 challenges to voter registration which the County Tax Assessor must respond to with the letter received by residents of the Third Ward. According to republicans this is a legal tactic much like conspiring with Russia to win an election. I wonder what would happen if the County Attorney took action and investigated this a bit deeper.

It doesn’t seem legal, or American, for a group of white wing individuals to specifically target a group of people based upon certain parameters such as race or location. The Third Ward is predominately African American. If this is a targeted attack on specific voters it would seem this would be illegal and a form of voter suppression.

We shouldn’t be surprised on how low the republic party would go. After all they conspired with Russia to win an election. Hopefully the County Attorney will look into this.

This entry was posted on Tuesday, August 21st, 2018 at 12:11 pm and is filed under Uncategorized. You can follow any responses to this entry through the RSS 2.0 feed. You can leave a response, or trackback from your own site.