From an op-ed in the Houston Chronicle written by a former Republican consultant who worked on the campaigns of Senator John McCain and George W. Bush: 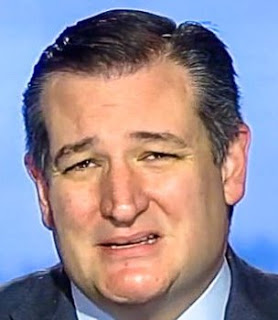 Texas is too big, too diverse and too great a state to be the continual launching pad for a senator who, six years into office, can boast of no major accomplishment other than having exactly one friend: Utah Republican Mike Lee. Cruz’s relationships are transactional and in the service of his personal mission. Cruz, like too many Texas Republicans these days, would sacrifice what is best about the Lone Star State — low unemployment, a leader in science and technology, a massive economic engine — on the altar of tribalism.

Ted’s got a likability problem. He has a trustworthy problem. You never know which side he is on except for the PACs that support him. If he wouldn’t defend his own wife or father, how can anyone believe he will defend theirs? Cruz is in it to win it for Cruz and only Cruz. Even Republicans are finally figuring this out.

There is not much more that could be added. It’s clear. #NobodyLikesTedCruz and #NobodyTrustsTedCruz

This entry was posted on Thursday, September 27th, 2018 at 11:41 am and is filed under Uncategorized. You can follow any responses to this entry through the RSS 2.0 feed. You can leave a response, or trackback from your own site.