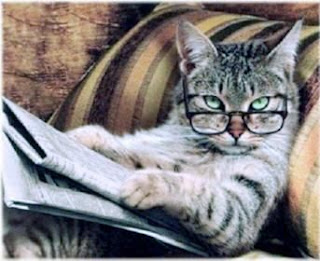 Endorsements from various newspapers are starting to trickle in. I’ll update each time one is published. Be the first to know when I post by signing up to receive posts as they are posted. Look for the “Follow My Posts by Email” on the left and enter your address.

Dayna Steele
The Houston Chronicle endorses Dayna Steele for Congress.
Steele has a contagious energy, impressive fundraising and undeniable communication skills that has some political observers looking at this typically deep-red district with renewed interest. She also has the ability to get Crosby and Etheridge to show up for campaign concerts, which has classic rock fans paying attention.

Justin Nelson
The Dallas Morning News Endorses Justin Nelson for Texas Attorney General.
Nelson, who also teaches law and clerked for former U.S. Supreme Court Justice Sandra Day O’Connor, seems to have the energy and passion for upholding the rule of law. He promises to avoid Paxton’s overreaching tendencies and focus on issues that most impact the lives of Texans. A top priority will be to reinvigorate the office’s consumer fraud responsibilities. Another priority will be to use his position to guide redistricting with written opinions during the process, which he hopes will discourage blatantly political gerrymandering of Texas’ state legislative districts.

Justin Nelson
The Houston Chronicle Endorses Justin Nelson for Texas Attorney General.
Besides the fact that our current AG has 3 felony indictments and conflict of interests galore the Chronicle states:

Valedictorian of his class at Columbia Law, Nelson is an adjunct professor at the University of Texas Law School and partner at the Susman Godfrey law firm in Houston. He clerked for U.S. Supreme Court Justice Sandra Day O’Connor and founded One Nation One Vote, a nonprofit dedicated to ending gerrymandering. During his endorsement meeting with the Chronicle editorial board, Nelson said he would use the attorney general’s office to continue fighting against the partisan gerrymandering that lets politicians pick their voters, rather than the other way around.

The Chronicle joins the Dallas Morning News.
What voting for Olson will do is return a sense of dignity to the chief office for Texas farmers and ranchers. She will run the office much like Republican former agriculture commissioner Susan Combs, with a focus on the issues. She plans to work with the Legislature in preparation for the department’s upcoming sunset review in 2020, address rural needs like broadband access and also grow the languishing Go Texan buy-local program.

First-time candidate Sri Preston Kulkarni, 40, wowed the editorial board with his knowledge, eloquence and robust resume that included time working in the U.S. Senate and 14 years as a State Department foreign service officer that took him all over the globe. That experience only emphasized to Kulkarni the value of American ideals, he told the editorial board, which sit at the core of his campaign. He’s running an optimistic, forward-looking effort that aims to combat the tribalism ripping apart our nation with a renewed sense of decency. That’s also why he’s not accepting corporate donations.

Instead, we encourage voters to support his challenger, Diane Trautman. A current at-large board member at the Harris County Department of Education, Trautman has managerial experience in the public and private sector and a doctorate from Sam Houston State University with a dissertation on women’s leadership styles. Meeting with the editorial board, she offered a litany of ideas for improving those frustratingly slow election night returns, including better training and a more transparent process. She also has a passion for creating countywide voting centers so that people don’t have to cast their ballots at specific — and often inconvenient — precincts on Election Day.

Diane’s opponent, Stan Stanart is one of the most partisan hacks in an elected office that should not be partisan hack. He runs the voting process in Harris County and has not done a very good job of it. He was swept into office in the tea bagger revolution back in 2010. He is a true supporter of a racist that is now president therefore he should be disqualified from serving in office.

Olson’s knowledge of what Texas farmers and ranchers need and her track record of strong leadership make her the better choice for voters. Olson, 60, of Mineral Wells, has a wide range of experiences to apply to a job that not only works to protect Texas crops, but also administers the National School Lunch program and regulates fuel pumps.

This entry was posted on Wednesday, October 3rd, 2018 at 11:37 am and is filed under Uncategorized. You can follow any responses to this entry through the RSS 2.0 feed. You can leave a response, or trackback from your own site.