Wonder why the TX Secretary of State quit? 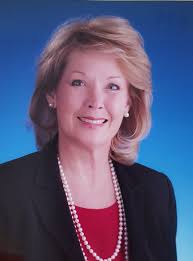 Rolando Pablo abruptly quit as Secretary of State after just 2 years on the job and after the incredible losses of the 2018 elections. From his press release:

With the midterm elections successfully [LOL] behind us, and the 86th legislative session around the comer, I believe this would be a good time to begin the process of transitioning out of my position and passing the baton to the next secretary of state. Serving Texans as Secretary of State has been an opportunity of a lifetime, but I feel the need at this time to turn my attention to my private practice.

Just a few months after leaving the office acting SOS, David Whitley, released an advisory to local election officials claiming, incorrectly, that 95,000 non citizens were registered to vote. Some officials like Cheryl Johnson of Galveston County immediately began a purge of these voters and have since been sued for pre-mature purging. The Houston Chronicle has since called for a No vote on Whitley’s confirmation:

Normally, we wouldn’t weigh in on a confirmation hearing for a gubernatorial pick to a low-profile office in Austin. This year, we’ll not only weigh in on David Whitley’s appointment to the office of Texas secretary of state. We’ll recommend a loud and resounding: NO.

Back to Pablo. I would not be surprised to find out that Pablo was directed, instructed, or was strongly encouraged to call for this purge and he refused to do it. So instead of going along with a violation of voting rights he quit. A number of organizations has filed suit and we may find out that this speculation might just be true.

So…what did he know and when did he go?

This entry was posted on Friday, February 8th, 2019 at 1:50 pm and is filed under Uncategorized. You can follow any responses to this entry through the RSS 2.0 feed. You can leave a response, or trackback from your own site.