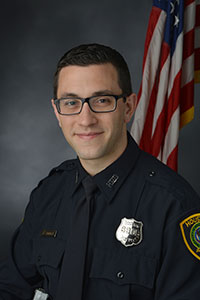 Now after the smoke has settled it looks like this bust was a bust with an investigating officer lying to obtain a warrant for the raid. From KTRK:

A confidential informant didn’t buy drugs at the southeast Houston home where a botched police raid turned into a deadly shootout last month, according to a new search warrant. The shocking new information was revealed today after ABC13 obtained two of several search warrants executed as part of the ongoing investigation following the deadly raid.

Of course Joe Gamaldi is now singing a different tune sounding exactly like the activists he previously threaten:

“Obviously, the accusations are very, very serious and it is very, very disturbing, but it is not a reflection of the 5,200 brave men and women of the Houston Police Department who go out there and earn the trust of the community every time they interact with them,”

Exactly. As many of us have said over and over again the actions of one should not reflect on the entire police force. Maybe instead of threatening all activists who want to hold the single individuals accountable, Gamaldi might want to reach out to them to understand why they are activists, apologize  for threatening them, and then resign as Union President.

This entry was posted on Saturday, February 16th, 2019 at 1:54 pm and is filed under Uncategorized. You can follow any responses to this entry through the RSS 2.0 feed. You can leave a response, or trackback from your own site.