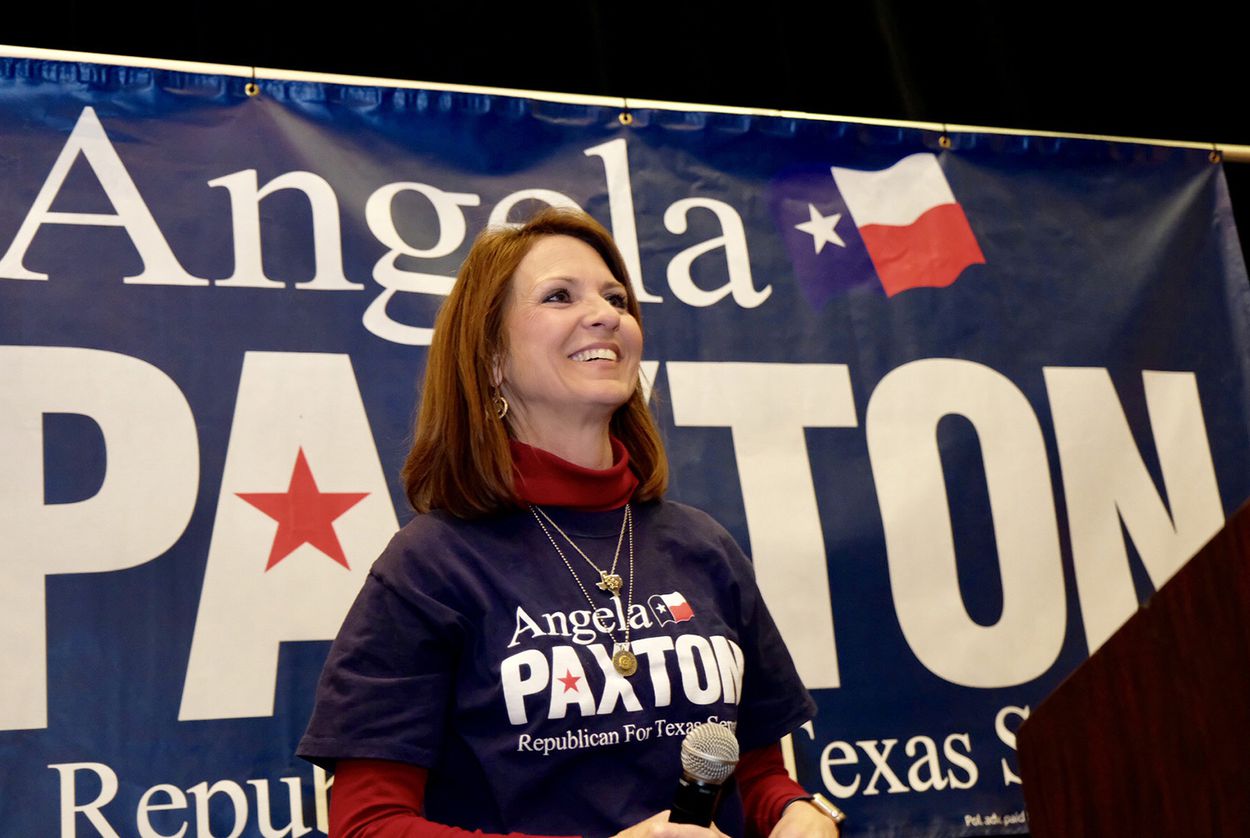 No Place but Texas. Again.

Texas Attorney General Ken Paxton’s wife ran for the Texas Senate in 2018 winning her race with the help of her husband’s donors. From Loaning Campaign Cash: Angela Paxton.

Angela Paxton is the wife of our current Texas Attorney General, Ken Paxton, who is mired in a felony trial due to security fraud. Paxton (Ken) has loaned $2.6 Million to his wife’s campaign for Senator District 8 and has guaranteed the loan with his campaign account. $2 Million has a 3.6% interest rate while the $500,000 loan has an 8.5% rate. The latest loan from Paxton’s (Ken’s) campaign is for $100,000 with a rate of 8% but does not have a guarantor.

Now that she has taken her place in the Senate Angela has filed a bill that would protect her husband and others for violating the trust of those who ask for your money to invest. And why shouldn’t she? She owes her donors $2.6 Million many of them probably looking for protection so they will not be indicted like her husband was for shady investment deals. From the Texas Tribune:

Billed as a consumer-protection effort, the proposal would allow approved individuals to serve as investment advisers without registering with the state board — a felony under Texas law that Ken Paxton was charged with in 2015.

This is just what we need at this point, less regulation of those who take your money to invest, much like Ken Paxton did. Texas is known for their saying “No Place but Texas” which includes shady investment deals, and shady spouses.

This entry was posted on Thursday, February 21st, 2019 at 1:22 pm and is filed under Uncategorized. You can follow any responses to this entry through the RSS 2.0 feed. You can leave a response, or trackback from your own site.