Oh My Gosh. How did this 12 year old get elected? The Republican Party ought to take his little ass out in the 2020 primaries.

Little Baby Briscoe is the State Representative representing the City of Deer Park. He is known for saying and doing pretty childish things like flashing a gun at the Texas Democratic Convention. Today while Deer Park first responders were battling a huge fire at a chemical storage facility in his district, the city was in a shelter-in-place, and the community was on high alert, Cain thought it would be cute to post the following on Twitter: 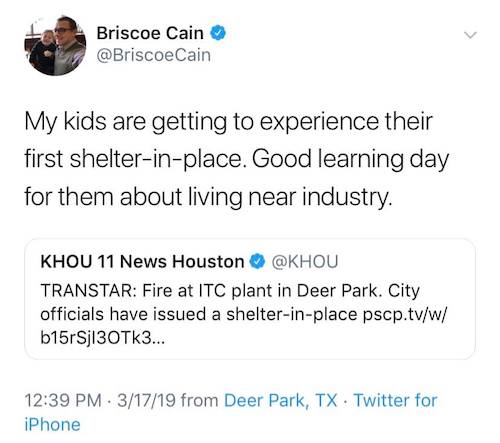 But just a few hours later, after the fire had dangerously spread from 1 to 6 chemical tanks, Baby Briscoe added fuel to the fire by putting out incorrect information and being called out for it. From his Facebook page: 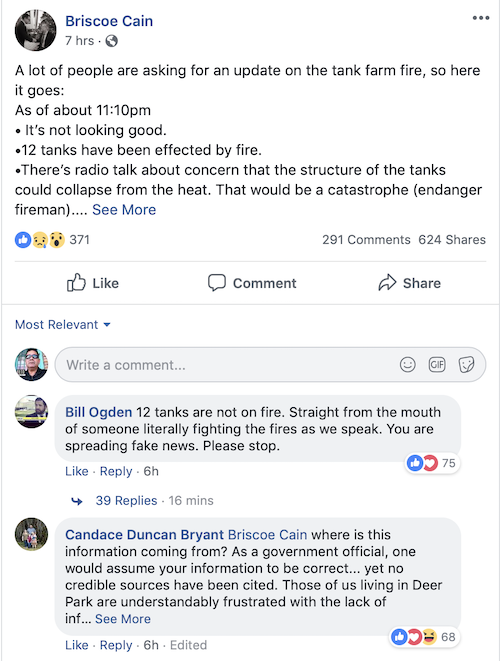 Thanks Rob for the screen shot!

This entry was posted on Monday, March 18th, 2019 at 12:02 pm and is filed under Uncategorized. You can follow any responses to this entry through the RSS 2.0 feed. You can leave a response, or trackback from your own site.