Shawn Terry. Why are you running in Texas HD 108? 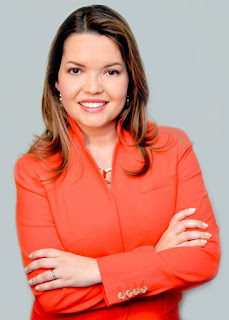 In 2018 Joanna Cattanach ran in Texas House District 108, in the Dallas area. She lost by only 200 votes. She immediately declared she intended to run again. And she should.

So why in the world would someone roll out of bed and decide to challenge her in the Democratic Primary? That is a question that voters in HD108 should be asking Shawn Terry. According to the Dallas Morning News Terry has entered the race and claims to have a great start to fundraising:

AUSTIN — A new Democratic challenger to Dallas Rep. Morgan Meyer says he’s raised $235,000 in the past five months, setting up a potentially well-funded effort against the three-term GOP incumbent.

On Monday, Shawn Terry, an investment banker from Uptown, announced his campaign for House District 108, which is anchored in the Park Cities and also includes downtown, the Arts District and East Dallas.

Terry would be only the 2nd openly gay legislator if elected. His voting record will be looked at closely as well as his campaign finance reports due July 15. It just bothers the shit out of me that someone would jump into a race when we had a very successful and promising campaign in 2018 with a promising candidate. Why pick this race? Why make the candidate raise and spend money in a primary instead of supporting the Democrat in the general?

Ego and possibly republican backing might be the reason.

This entry was posted on Tuesday, July 2nd, 2019 at 12:15 pm and is filed under Uncategorized. You can follow any responses to this entry through the RSS 2.0 feed. You can leave a response, or trackback from your own site.