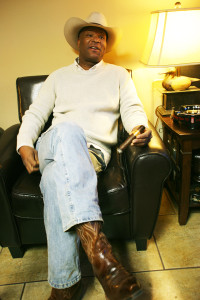 Houston City Council Member Dwight Boykins has filed to run for Mayor and has been endorsed by the Houston Fire Fighters Union. He has had a couple of hiccups already, the leaked video addressing young women and his anemic fundraising numbers with only $70K COH. I’ve also noticed he enjoys cigars and has used his donors money to buy them.

According to his report ending June 30, 2019. He has 14 entries in 4 months for about $3000 worth of “Gift Awards” from Stogies on Westheimer, Heights Cigar Lounge, Cigar Distributors of Houston and Masculino Premium Cigars.

That is a lot of smoke and where there is smoke…..there is a Fire Fighter Union that may want a mulligan on their endorsement of Boykins. $3000 worth of cigars in a 4 month period is a lot of cigars if that is what he is purchasing. It is hard to believe there are that many individuals to give these cigars to as “gifts”.

Over the last ten years I have seen elected officials spend their donors money on fancy custom boots, cattle, vintage cowboy chaps, antique books, and condos. Many have been fined tens of thousands of dollars. Cigar purchases using your donors money is mild to many of the other cases but it is strange.

This entry was posted on Wednesday, July 17th, 2019 at 3:29 am and is filed under Uncategorized. You can follow any responses to this entry through the RSS 2.0 feed. You can leave a response, or trackback from your own site.