The body of a 17 month old child isn’t even cold and another elected official has stood up to defend the gun nuts of Texas in a number of tweets. He claims god have Texans the right to own guns. The only thing god gave was the right for someone to call Schaefer a dick. Gun rights were given by man and man alone. God had absolutely nothing to do with this. Nothing. As was said in the past:

Schaefer continued saying NO to background checks, or banning assault weapons, or red flag laws. Schaefer wants Texas to remain to be the wild, wild, west with guns on demand. He wants more guns in schools and more guns on the streets, even though if it costs the life of police officers, your family members, or a 17 month old child.

He bows to guns and not to god. 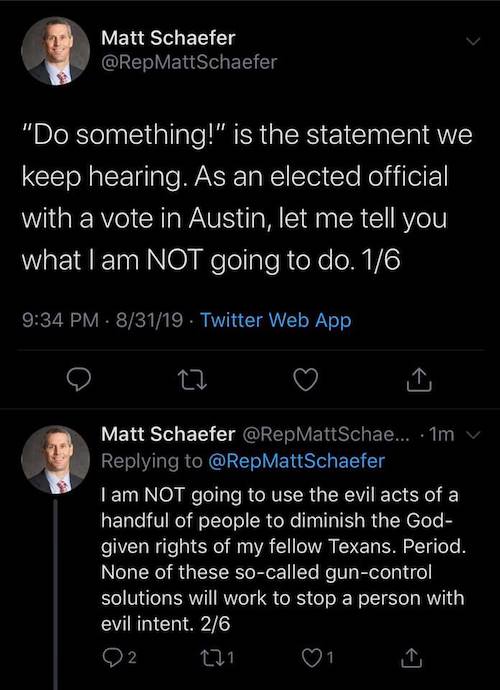 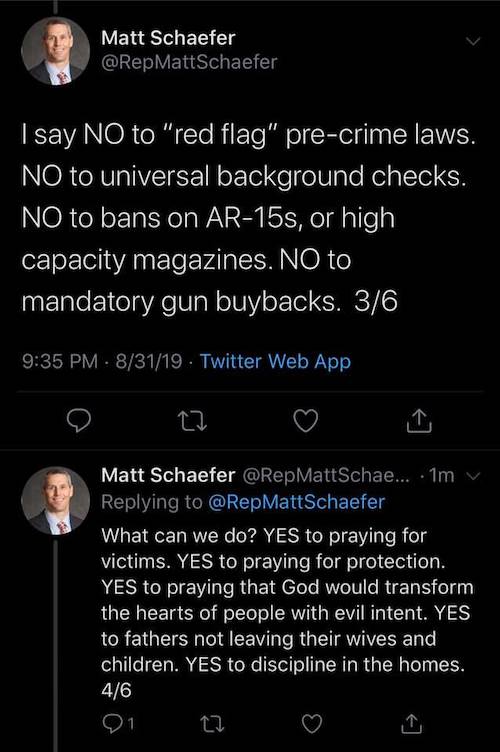 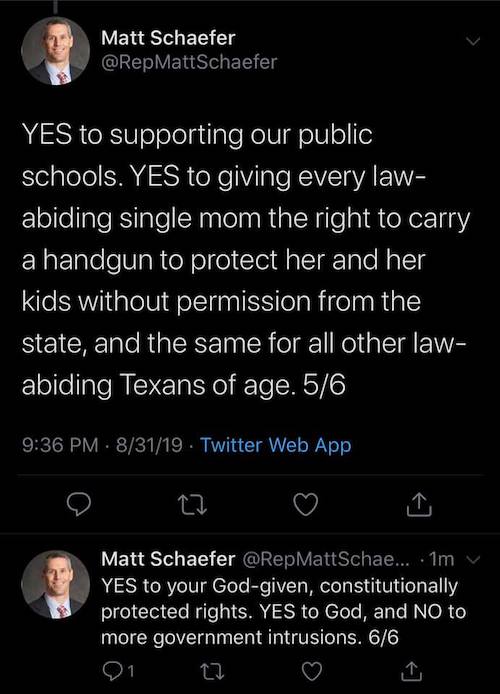 This entry was posted on Sunday, September 1st, 2019 at 12:16 pm and is filed under Uncategorized. You can follow any responses to this entry through the RSS 2.0 feed. You can leave a response, or trackback from your own site.