What we don't need to see at the #DemocraticDebate 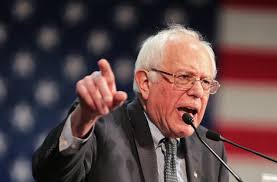 OK. I am easily distracted.

Many watching the debates are too and it’s a real problem especially for the politically ignorant independent voters who are looking for any simple minded excuse to say “I just don’t like her”. Or him. For them it doesn’t matter if they are the most qualified individual to ever run for the position of President of the United States. What matters is that little thing they just don’t want to get over like the atomic wedgy the candidate gave them in Jr. High. Or when they stole their date to the Jr/Sr prom. Little things like that.

So with that in mind there are a few distractions I hope the candidates can get rid of:

Bernie Sanders: Put that damn finger away. You are going to poke someones eye out!

Elizabeth Warren: Stop shaking your head. Not every answer to a question needs to be accompanied with a head shake. Stand still for once!

Beto: You do not need to shake a fist every point you are making. Sit on your hands.

Yang: Shut up and get off the stage.

Castro: When you get angry you tend to force being angry. It doesn’t look genuine.

Amy: OK. I have nothing.

Biden: Get back to being that guy running for VP when you debated Paul Ryan. Other than that I have nothing.

Buttigieg: I have nothing.

So there. Quit it.

This entry was posted on Thursday, September 12th, 2019 at 11:18 pm and is filed under Uncategorized. You can follow any responses to this entry through the RSS 2.0 feed. You can leave a response, or trackback from your own site.