You shouldn't be running for office if…..

I’ve said this before:

It’s not a game. Running for office is not a game. The position has a direct impact on people’s lives whether it is timely trash collection or providing a safe neighborhood with our police and our fire fighters. Don’t cheapen the office by running just for the sake of running and distracting from those who have a clear understanding of what they are doing and are qualified to run.

It annoys the crap out of me when people run for office because someone said to do so. Organizations such as Run for Something, Justice Democrats, and others do not help. They tend to encourage the politically ignorant candidates who do not know what the office they are running for actually does. They have no idea of how much money they need, where they will get it, or how to get it. They have no idea how to run a campaign, who will be their volunteers, how to motivate them to stick with them and block walk in the hot sun. They have no idea of what they would be required to do, even if in the long shot, they were elected. And many have no understanding of the laws that are required to be followed before raising or asking for money.

At the very least, if someone has no idea of the office they are running for, please do not run. Here is an example of all that put into one post. Do us a favor. Do not run. 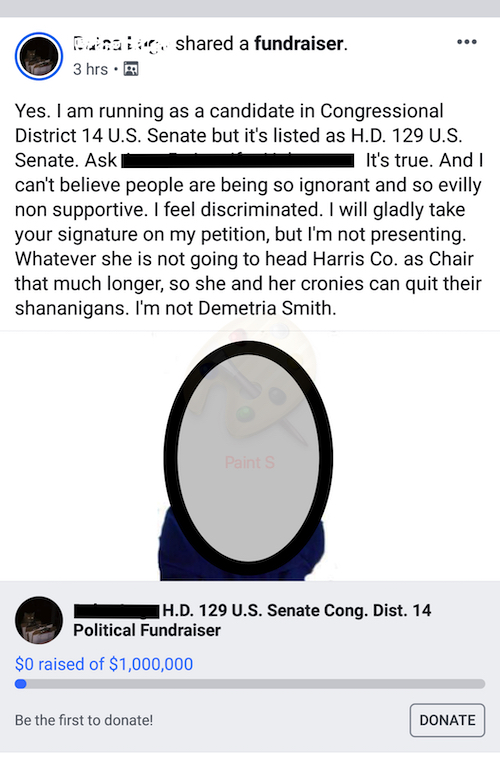 This entry was posted on Tuesday, September 17th, 2019 at 2:38 pm and is filed under Uncategorized. You can follow any responses to this entry through the RSS 2.0 feed. You can leave a response, or trackback from your own site.

2 Responses to You shouldn't be running for office if…..