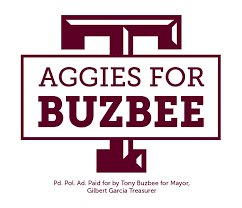 I remember when I thought I was a Republican.

After attending Texas A&M in the Corps of Cadets and serving in the Army, I came to Houston to join Citizens Against Lawsuit Abuse. I was a tort reformer, coming after those rotten, greedy, trial lawyers, like Buzbee, until I needed one of those lawyers. I learned that tort reform was a joke on us, and the Republican Party who made the joke was not on my side. It was a hard lesson to learn.

Republicans don’t like trial lawyers. Ask Governor Abbott was paralyzed after running under a tree being cut down. He sued, hit the lawsuit lottery, then, using his office as Attorney General, made it much harder for others to use the same courts to find justice. Abbot gave me the idea for a joke that I have used many times at hearings in the Capitol.

When do you stop bashing trial lawyers? —–When you need one.

Ask Greg Abbott. It’s going to be sad watching the tort reformers of the Republican Party vote for the people they hate, the trial lawyer, Tony Buzbee. It might also be funny to watch Texas A&M send a cease and desist letter to Buzbee for the use of Block T in his “Aggies for Buzbee” signs.

When do you stop bashing Tony Buzbee? —-When he loses.

This entry was posted on Tuesday, October 22nd, 2019 at 12:20 pm and is filed under Uncategorized. You can follow any responses to this entry through the RSS 2.0 feed. You can leave a response, or trackback from your own site.