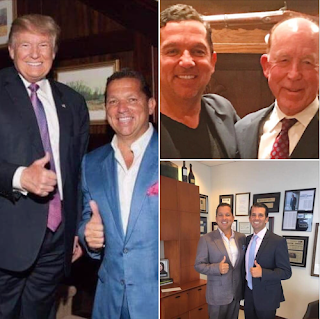 Even Houston’s so-called “Christian” republican organization has had enough of Tony Buzbee and it is just beautiful. Follow me a bit…. From

Monday night, Buzbee was asked if he agreed with Hotze’s views on LGBTQ issues. “No and I don’t really know Mr. Hotze. I’ve met him at church once. I was surprised to receive that (endorsement). I’m not sure why I received it,” answered Buzbee.

From the Houston Chronicle:

One of the leaders of a controversial, anti-LGBTQ group on Tuesday said Tony Buzbee met numerous times with Steven Hotze before the Republican power broker endorsed his mayoral campaign, contradicting comments Buzbee made at a televised debate the night before.
Buzbee and Hotze met three or four times, starting in late September, according to Jared Woodfill, who for years has worked directly with Hotze and his group, Campaign for Houston, including as its spokesman.

Steven Holtze had written a long endorsement of Buzbee, one that Buzbee claims he never sought. Woodfill is the former chair of the Harris County Republican Party and an attorney that represents insurance companies, the kind that Buzbee has probably sued on a number of occasions. Woodfill has said that Buzbee met with Holtze for over 8 hours in 3 different meetings painting Buzbee as a a world class, Trump type of liar. Woodfill claims Buzbee sought the endorsement of the LGBTQ hating organization.
Holtze has since cancelled his endorsement of Buzbee.  From Fox26:

This is just delicious. Buzbee had this to say “I just don’t remember being on the couch for 8 hours with Steven Holtze.”
ok….that’s not what he said. But it’s funny.

This entry was posted on Wednesday, October 23rd, 2019 at 11:39 am and is filed under Uncategorized. You can follow any responses to this entry through the RSS 2.0 feed. You can leave a response, or trackback from your own site.