Donald Trump for Mayor of Houston 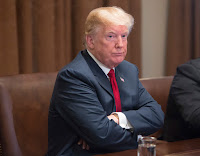 In their endorsement of Mayor Turner for a second term the Houston Chronicle make a comment about Tony Buzbee:

The candidate most likely to push Turner into a runoff, trial lawyer Tony Buzbee, has self-funded his campaign to the tune of $10 million. He’s brought passion and, well, creativity, to the typical ho-hum dryness of mayoral politicking. While he may have turned heads, and perhaps noses, with his colorful animal metaphors – horse manure and hogs, oh my! – we’re looking for substance, experience, and true vision. 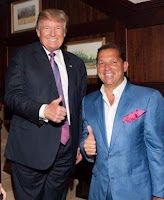 That pretty much says it all about Tony Buzbee, in a nice way. He is rich, able to invested $10 million of his own money to buy an election. He has colorful drawing the attention of republicans looking for another savior even though he is one of those blood sucking, greedy, trial lawyers. He is politically ignorant with little understanding of how government works. He will say anything to anyone to get what he wants. And he is full of shit.

Tony Buzbee is the Donald Trump of Houston. If Trump hadn’t shown his colors for the last 3 years Buzbee might have a chance to be Mayor. Constant, daily, lies about your opponent and claiming rampant corruption worked for Trump. Maybe the citizens of Houston is just plain tired of a politically ignorant, lying, assholes ruining their government.

This entry was posted on Monday, October 21st, 2019 at 12:20 pm and is filed under Uncategorized. You can follow any responses to this entry through the RSS 2.0 feed. You can leave a response, or trackback from your own site.