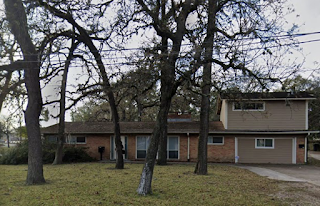 Dick is continuing his Buzbee method of raising money. He isn’t. Instead he has an outstanding loan of $75,000 and he has spent $99,000 of his own money in this period alone. He is in this race for $267,000 of his own money.
His spending includes salaries to a number of people with the same address of 3701 Brookwoods, which the owner is listed in the HCAD website as DICK INVESTMENT FAMILY LP. His treasurer, Jay Hamburger is also listed at that address as well as Dick himself.
He paid $25,000 to the Texas Conservative Media, the same group Tony Buzbee gave $35,000 to and got an endorsement. Unlike Tony, Dick didn’t get dick from Polland.
He paid $17,500 to PFS at the address of PO Box 7137 Houston TX 77248. That address is for the Carmona Law Firm. I cannot find a PFS. It is listed as “advertising”.
He paid $21,250 to Famous Group at 13201 Northwest Freeway Houston TX 77248. I could not find any organization called Famous Group or anything at that address besides Well Fargo.
He paid $12,500 to WS Services at 4325 Tulsa Houston TX 77092 which is a storage facility. Again I can’t find a WS Services.
He paid $15,250 to Blaze Campaign Consulting with an address of 5380 W 34th Houston TX 77092 which is a UPS store. I can’t find Blaze Campaign Consulting.
The laws for filing campaign finance reports are pretty easy. You must record the name and address for all expenditures. It really isn’t that hard. His report is an ethic complaint in the making.

This entry was posted on Wednesday, October 30th, 2019 at 3:51 pm and is filed under Uncategorized. You can follow any responses to this entry through the RSS 2.0 feed. You can leave a response, or trackback from your own site.