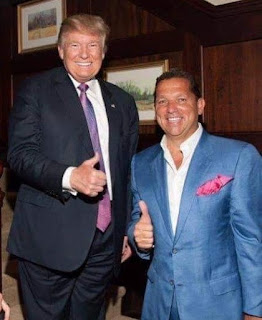 Tony has a lot of money to dole out since he is self funding his campaign for Mayor for $10 Million. Most of that money is being spent out of state and there are a few interesting tidbits.

After seeking the endorsement of the Christian anti-gay group led by Steven Hotze, Buzbee denied it on a televised debate. Hotze withdrew the endorsement. Buzbee has donated $500 to the Gay Caucus in Houston. He likes to play both sides but easily gets caught doing it.

Buzbee likes to target the Mayor with baseless allegation of “pay to play” but Buzbee has his own type of pay to play. Buzbee donated $35,000 to Gary Polland the editor of Texas Conservative Review. Gary has now endorsed him. Imagine that.

In his 8 day out report Buzbee spent $2.5Million (of his own money) with $2.4 Million going out of state. $1.9 Million was paid to Axiom Strategies and AX Media with the same address in Kansas. $386,000 was paid to The Prosper Group in Indiana, $114,00 was paid to Madison McQueen in California. At least he has paid his grassroots services employee very well with $134,000 in the first two weeks of October.

This entry was posted on Tuesday, October 29th, 2019 at 11:46 am and is filed under Uncategorized. You can follow any responses to this entry through the RSS 2.0 feed. You can leave a response, or trackback from your own site.