Texas GOP. Like Trump they need to cheat to win. 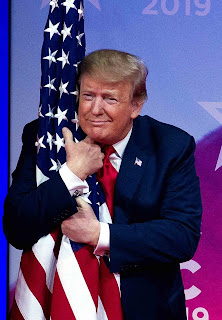 How many times do we hear so-called independents (embarrassed republicans) say we need civility, and truth in politics, and “Both parties do it”. Well they must be really pissed now that the Texas Republican Party has leaked their 2020 campaign strategy…. to the Democratic Party.

They intend to reach out to minorities with ads showcasing minorities that are probably paid actors or stock photos. That has been done before. And according to the Houston Chronicle:

According to the leaked memo, the Republican Party of Texas plans to create “microsites for negative hits” against a dozen Democratic candidates who defeated Republican incumbents in the 2018 elections. The party would work to juice sites’ appearances on search engines and buy Democratic candidate website domain names still available and reroute clicks to those domains to the microsites.

At least, in the leaked memo, the Texas GOP finally agrees that Trump is toxic. It only took them 4 years to figure that out but then again, Trump has always been a great representation of the Texas GOP. He is a liar. A cheater. A crook. A racist. A rotten human being.

This is who they are.

This entry was posted on Wednesday, November 27th, 2019 at 12:56 pm and is filed under Uncategorized. You can follow any responses to this entry through the RSS 2.0 feed. You can leave a response, or trackback from your own site.