Why are you running? 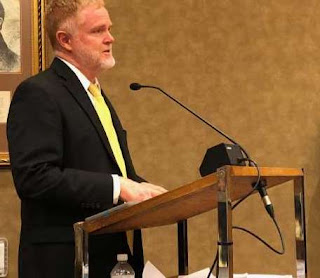 It just bothers the hell out of me.

The filing deadline for the Democratic Primary ended last night and we have a couple of Democratic elected officials with primary challengers. It begs the question, why? What has the current elected official done, or not done, that demands a candidate to challenge for the position? It’s a question that must be asked.

There are a couple of races that demand a challenge, based upon performance in office, but so far they are few and far between. I can name at least one Judge (Elaine Palmer) that should be challenged based upon their record and evaluation provided by the Houston Bar Association but most are doing a fine job.

There are some candidates that do not deserve a challenge such as Judge Steven Kirkland and Judge Leslie Briones. Judge Briones was appointed to the bench after Judge Bill McLeod resigned after 2 months on the bench to run for the Texas Supreme Court. According to law the act of filing for Supreme Court, after being on the job for 2 months, automatically caused the resignation. Instead of challenging a Judge that needs to be challenged he has decided to run against a Judge that has been doing a great job.

So candidates running against incumbents in the primary should be prepared to answer the question. Why?

This entry was posted on Tuesday, December 10th, 2019 at 2:43 pm and is filed under Uncategorized. You can follow any responses to this entry through the RSS 2.0 feed. You can leave a response, or trackback from your own site.

2 Responses to Why are you running?