Sander's volunteers: He isn't a Democrat

It shouldn’t come as a surprise that Bernie Sanders is not a Democrat. Never has been. Never will be. He joined the party in 2016 just to run under the Democratic banner and to use the resources the party built and the donors paid for. Its typical Bernie.

When asked if he was a Democrat the answer was clear. From a text msg: 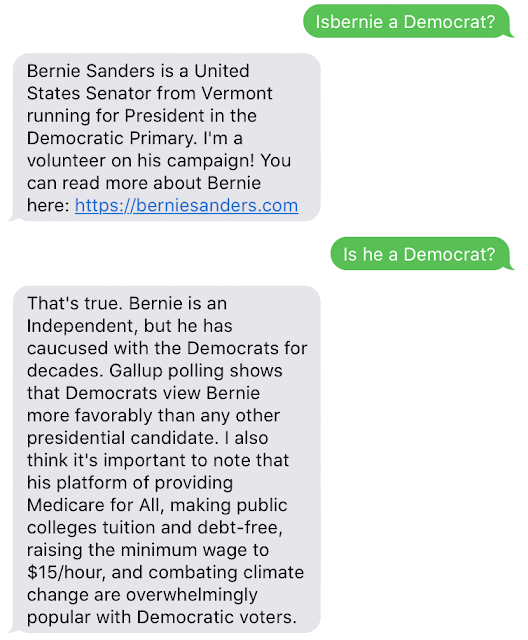 Bernie is an independent socialist. He was allowed to infiltrate our party bringing a cult like following that will all tuck tail, whine, and quit once he loses the nomination. Again. Like Trump he could damage the party for decades.

This entry was posted on Monday, February 3rd, 2020 at 1:05 pm and is filed under Uncategorized. You can follow any responses to this entry through the RSS 2.0 feed. You can leave a response, or trackback from your own site.